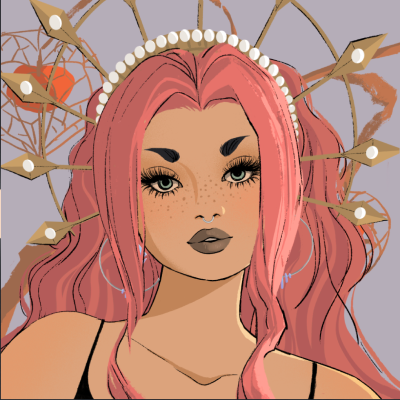 By Alli and Regan

Earlier this year, Newstand published Alli’s article, “Fem3.” The piece outlined the importance of including women and nonbinary (NB) individuals in building the foundations of Web3. “Fem3” argued we all can, and should, commit to onboarding and retaining more diverse talent and voices into this space. Part of that commitment includes uplifting successful women and NB-led projects, work, and perspectives.This series, “Fem3 Voices,” aims to do just that.

This interview series highlights the voices of powerful women and NB players in the web3 ecosystem. Each interview will be recorded on Twitter Spaces and accompanied by a subsequent article on Newstand. We are kicking things off with Station’s own women co-founders, Tina and Mind.

Tina and Mind co-founded Station: a platform designed to help people redefine their definition of success. Station’s goal is to create opportunities for a new genre of work by building on-chain public infrastructure.

The idea behind Station– of reigniting passionate work and redefining success– is one deeply personal to both founders. Tina and Mind come from developing economies, where people often lack the luxury of the so-called “American Dream.” Instead, notions of success are dictated by a centralized government focusing on their own financial growth. Both women witnessed such economic priorities push their friends and family into career paths where their creativity, happiness, and wisdom was diminished– they were contributing to work and in ways where they were unable to leverage their full potential.

As college peers, Tina and Mind often discussed such perils of the emerging economies they experienced. In early 2020, they realized a new economy had begun to emerge: crypto transactions and currencies were changing how people interacted, organized, and transacted– it had the potential, they believed, to change the future of work.

Alongside another co-founder and a small team, the two have built a platform that connects contributors, DAOs, and initiatives across Web3. So what has co-conducting Station been like for these two women, and where does the train go from here?

In Fem3, we discussed the gender imbalance in tech and further, that in crypto. For both Tina and Mind, gender was not something they particularly thought about until they came to America for university and began working in tech. For Tina, “Gender wasn’t apparent as an identity that defines [herself] from [her] ideas, interests, and other passions.” When she got into crypto, she began to notice this aspect of her identity a bit more: “Crypto makes it a little more obvious when you go to these conferences and you’re kind of the only woman that is there” or when others “have a perception you’re not working in [crypto] for whatever reasons there are.” Tina notes how it has been especially frustrating to balance her  intellectual interests as a female founder with the hostility she sometimes feels when engaging with communities in web3 discourse. Alli discussed this in her Fem3 article: “Women and NB individuals can be intellectually curious about something or have a desire to contribute to the discourse around it, but the presence of abuse and harassment might prohibit them from participating authentically and completely.”

For Mind, she aims to use such experiences and challenges Tina described to make web3 a safer space for all people to contribute. Similarly to Tina, Mind didn’t perceive her gender identity as playing a major role in her work until she entered the tech industry. While neither woman feels entirely defined by their gender in their work, they feel their role as women in web3 has informed and is factored into several decisions they have made at Station– team wise, product wise, etc. As individuals who have experienced discrimination and harassment in similar spaces, they actively want to build for inclusion and safety for all, and they are baking this into all aspects of Station.

Tina and Mind are not defined by their gender, their identity, or the challenges they have faced. Rather, they are influenced and inspired by it, and so is their work.

So let’s dive into that work. What is happening at Station and what does the future hold?

Tina and Mind met in college and bonded over a passion for helping others find enjoyment in their work, and challenge their notions of success. The two would constantly brainstorm how to help more people have passions or side projects. In 2020, they moved beyond brainstorming: “We started off with this little idea of onboarding from web2 to web3 and that’s also how the name ‘Station’ came to be. Going from point A to point B and transporting people to different places, ideas, and destinations.” From there, they quickly realized that “onboarding” people from web2 to web3 required much more than just education. The two co-founders noticed that there was a need for comprehensive tooling and infrastructure to facilitate contribution and participation in the emerging industry. Mind says “that’s why [they] reframed the definition of onboarding to creating the tools and infrastructure to connect people to opportunities”– that’s what they decided to create with Station.

Recently, Station dropped their latest product, Waiting Room. Waiting Room is Station’s decentralized hiring tool built on Station Protocol. The product allows for community members to have a voice in who they’d like to hire or onboard to initiatives in their communities. Within Waiting Room, different communities can highlight their open initiatives so potential contributors can easily sign up and apply for roles. From there, members within the communities hiring for contributors can endorse those they want to hire or onboard, allowing for decentralized hiring decisions. With endorsement staking as a signal, communities can make informed decisions about who to onboard, invite them to an initiative, and assign them a role-based NFT within their Station Terminal. The hope for Waiting Room is that it “can be a tool where communities can incentive their members who they bring into their community and surround themselves by.” You can read more about the product here.

To demonstrate the power and use-case for Waiting Room, Station is using it to onboard writers for their own publication, Newstand. Newstand helps Station curate educational content to aid with onboarding into web3 in addition to being a platform for talented storytellers and contributors to add to the discourse and develop theses within the larger crypto ecosystem. Most recently, Newstand has been a means for Station to dogfood its own product. In Tina’s words, “What else is a better manifestation of showcasing our mission [and product] than doing it ourselves by building Newstand?” Newstand recently opened for submissions from potential writers using Waiting Room as a means for application.

The team quickly saw an influx of interested writers hoping to contribute to Station’s established voice and publication. Tina shared, “We have already gotten amazing pitches from around the internet for who want to write for Newsstand using our very own product and we want to showcase other DAOs can do the same thing – they can also attract some potential non-technical talent to pitch their ideas and have their community vouch for who they want to see as contributors in their community.” It is important for the team at Station to showcase such work as an example for their partners and users. They want to demonstrate how to use Station’s product to recruit and hire in a decentralized way–to lead by example in allowing everyone in their community to have a voice in who they are working and contributing with. They also want to emphasize that Station is building products for everyone in the ecosystem, including themselves. They are a community of contributors much like their users and partners, and thus it is just as important to them to have tooling and infrastructure– that’s why they are building it.

Waiting Room is just the first of several product drops coming from Station in the near future. Much like they built Waiting Room with communities and contributors in mind, Station aims to design each of their products to elevate and enhance behaviors already existing in the web3 ecosystem; to Tina, “The best trails are discovered, not built.” This is the philosophy behind Station’s products and design: “We see behaviors, they’re already happening across these communities and we just build tools to make performing these actions way more efficient and more empowering and delightful rather than fragmented and confusing.”

Station’s train is only beginning its journey. There is so much Tina, Mind, and their phenomenal team plan to do and build to help accelerate communities and contributors in the industry. As they continue to build rails, onboard passengers, and create the public infrastructure needed to support journeys across web3, we are excited to follow what they’re up to. Till next time, we will be waiting at the Station, where they are leaving no one behind.

Alli is the Director of Education of Events at Variant Fund, a first-check crypto fund investing in the ownership economy.

Regan is a senior at USC and working part time with Opyn as Associate of Education and Community.